How Edapt can support teachers and staff in independent schools

Edapt supports school staff in all types of different schools in England and Wales, from maintained primary schools, multi-academy trusts, special schools to independent schools. We are an apolitical organisation and do not take part in political lobbying, strike action or campaigning.

There are similarities and differences between working in state and independent schools but we support all our subscribers equally, with high-quality support and advice.

With news this week that the Labour Party are proposing to make it official party policy to abolish independent schools, many independent school teachers and leaders are concerned about what this could potentially mean.

Holly Rigby, campaigner for Labour Against Private Schools, explains in the following article in Schools Week:

We see now that private school teachers are about to go on strike over their pensions. They’re not well-protected like we are to some extent in the state sector.” 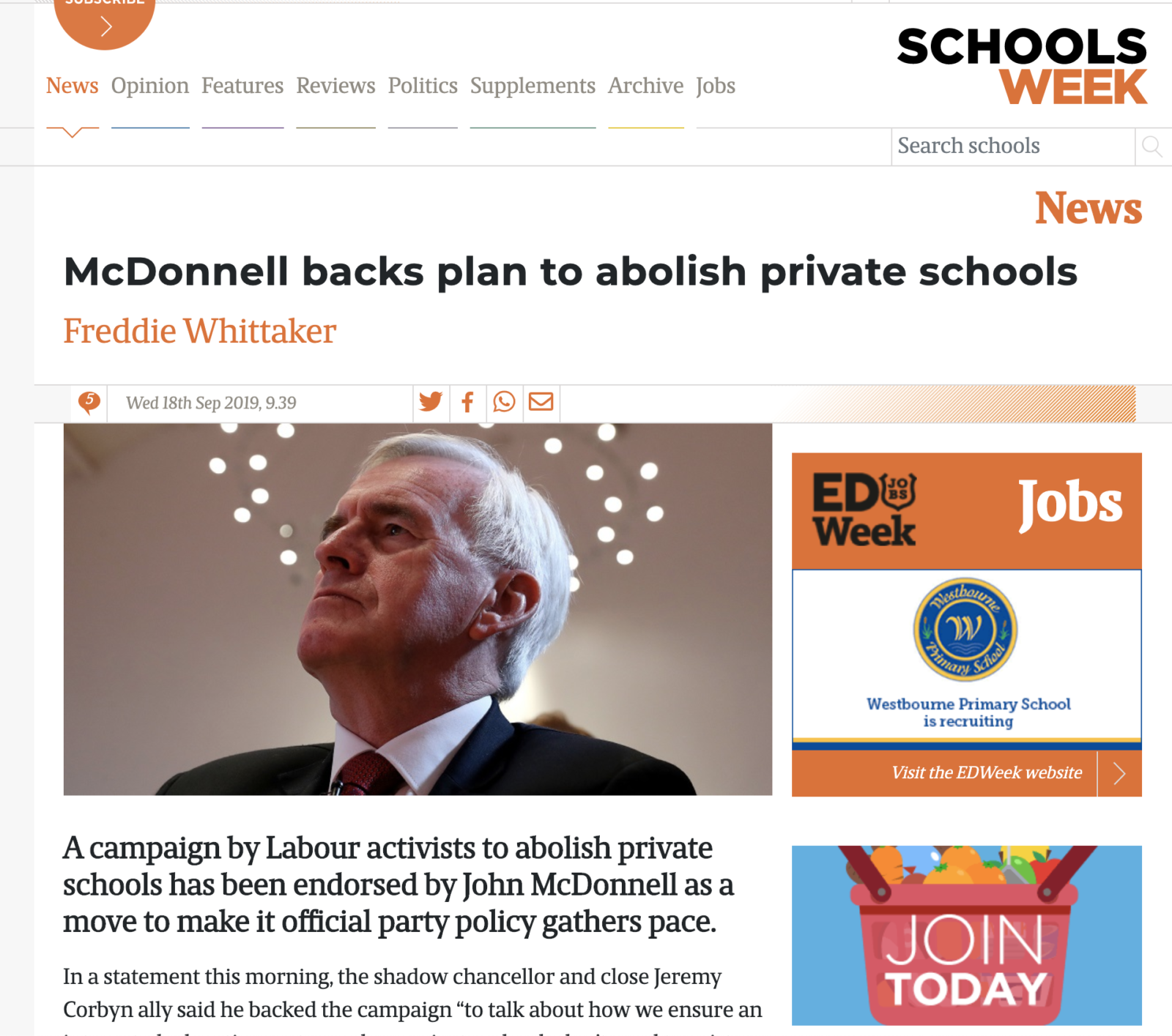 Rigby goes on to explain that she and other NEU members, “ … would propose a motion at the union’s conference next year, aimed at making it official NEU policy to support the abolition of private schools.”

How this could practically be achieved has not been outlined in detail yet.

In an article on the TES website, Dr David James, deputy head of Bryanston School an independent school in Dorset, explains that the “silence emanating from the NEU and the NASUWT is shameful.” He says:

Remember, both unions have thousands of members from independent schools who pay their fees every month. And both unions should, you would hope, seek to defend these members’ interests.

Dr James goes on to explain:

“Our main teaching unions have abandoned their members when they need them the most.”

Here at Edapt we have a track record over 7 years of supporting independent teachers in individual employment disputes and allegations. We support teachers regardless of the school they teach in, and take no political stance against any type of school; grammar, academy, free school, state or independent. We’re here to support teachers and school staff equally, whatever your circumstances, when you need us most.

Subscribe today and school staff in independent schools can receive

How do I make a subject access request at my school?

Raising a concern to your line manager effectively

Working in a school requires lots of personal interactions and sometimes heated conversations with your...

How to make a freedom of information request

In this article we provide a summary of how to make a freedom of information...